Leader Dogs for the Blind

Leader Dogs for the Blind 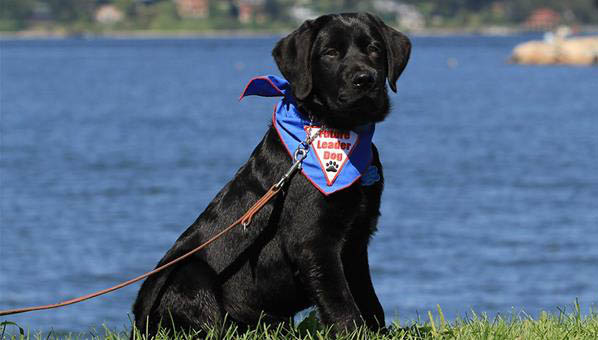 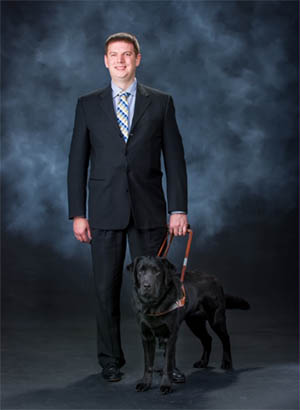 The Three Lakes Lions club to host a presentation about Leader Dogs for the blind with Guest Speakers, BJ Blahnik, a leader dog recipient, and Lion Deb Delie, a leader dog trainer.

BJ Blahnik and his dog Goober presented at the Three Lakes and Sugar Camp Schools April 12, 2019 his is coming back to present to the community. BJ is originally from Seymour, Wisconsin. He is the youngest of five children and was raised around farming. BJ was diagnosed with Retinitis Pigmentosa (RP) at about the age of 10.

After graduating from Seymour Community High School in 1998, BJ moved to Green Bay, Wisconsin. He worked for Schneider National Inc. until 2010. Due to his diminishing vision, BJ retired which ended his career in management. By attempting many different career opportunities in different corporations, he discovered the challenge of his vision was not allowing him to reach his potential. BJ, along with his wife, Victoria, now own their own business, “Reach Forward,” which works with special needs individuals through day services and a residential program.

BJ married Victoria in May of 2010 and they live in Sheboygan, Wisconsin. They have three sons, Emmitt, Trevor and Harvey. BJ enjoys woodworking projects, is a member of the USA Blind Sailing Team and a volunteer in his community. He has been a Lions member since 1998 and chartered his current Lions Club, the Sheboygan Community Lions Club, in 2017. He is also the Executive Director of a non-profit organization, VISION (Visually Impaired Sailing Institute & Organization of North America).

In 2006 BJ’s life was changed forever when he received his first Leader Dog. In January of 2014 BJ returned for his current Leader Dog, Goober, a male Black Lab. Goober was raised at the Fort Dodge Correctional Facility in Iowa.

“Listen to BJ’s life journey of walking into the dim with the power of vision” said Collette Sorgel of the Three Lakes Lions Club. “You will hear stories of how a mutated gene changed his life forever yet allowed BJ to recognize that the struggle of vision can truly change what we actually see in life.”

Did you know that a Leader Dog Puppy can have certain things to play with? Deer Antlers are welcome for the Leaders Dogs. Puppy Trainer, Lion Deb Delie, requests you bring any Deer Antlers you are willing to part with, so the Leader Dogs have something to play with. She shares antlers she is given with other puppy trainers. Antler Donations will be accepted at the Three Lakes Center for the Arts.