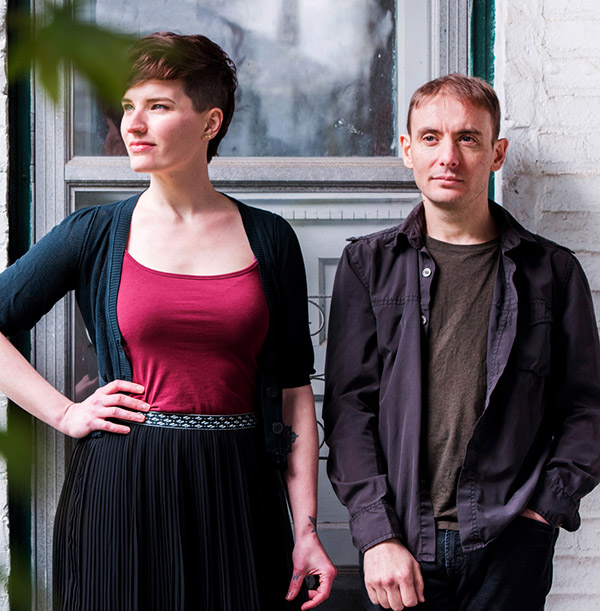 Returning to TLCFA for their 2nd concert, The Whispering Tree crafts richly immersive folk-rock brimming with evocative lyrics, nature imagery, perspectives from travel and a musicality encompassing folk, Indie rock, classic rock, some 60’s pop and rock n’ roll. After meeting in music school in London, they played in bands but found freedom as a duo, re-imagining tunes as harmony driven folk/rock songs, with influences of Gypsy Jazz, bluegrass and even 60s protest songs.

After much acclaim and well-received international tours, they went through a creative and spiritual lull. Moving to New York’s pastoral Hudson Valley, Kleiner and Brangbour did a lot of writing and were recharged by the creative process. Eleanor says “ I’ve felt compelled to release these songs and can’t wait to share this music.” Elie adds

“This is the closest we’ve gotten to our ideal vision for The Whispering Tree.”