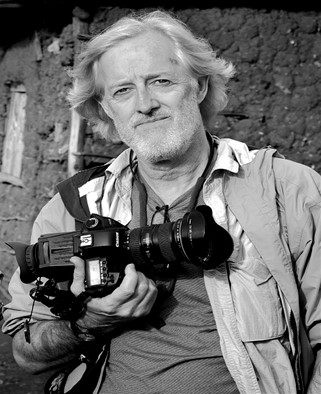 Episodes 1 & 2 will play on Friday and episodes 3 & 4 on Saturday. Filmmaker/Writer/ Director/Producer Duncan will be on hand for the introduction and post screening Q&A, along with Co-Producer Robert Huck, Executive Producer Bob Kendall and Consulting Producer Antonio Brunet.

A questionnaire will be provided at the end of the show for this never before seen series. It will premiere worldwide in late 2021. The film was shot entirely in Italy, Argentina and Three Lakes!

“Magnificent Madness” synopsis:
Using a breakthrough technique featuring an “occasionally” unreliable narrator who never lets the facts get in the way of a good story, “Magnificent Madness” tells the story of renowned Italian carmaker Piero Dusio, along with Italy’s greatest racecar driver, Tazio Nuvolari and Austrian design and engineering specialist, Ferdinand Porsche. Personal stories and global events featuring the three main characters intersect regularly from 1925-1955 culminating in the design of what many consider the world’s greatest race car – the Cisitalia Porsche 360.

“As a documentarian, I’m not known for stories about cars,” says Duncan, “but this story is among the greatest I’ve ever heard. While it will attract classic car and auto racing enthusiasts around the world, it’s uniquely well suited to audiences of all ages and backgrounds who appreciate romance, creativity, World War II history and the entrepreneurial spirit.”

Three highly acclaimed car models featured in the series will be on display from Friday through Sunday on the street adjacent to the theater. They will include the Cisitalia D-46, the Cisitalia 202, and the visionary Cisitalia 204A.

All proceeds from the 2 night screening go to benefit the TLCFA, a non-profit 501(c)(3) corporation. Advanced purchases are highly recommended and a discount will be provided for attendees who make reservations for both nights.