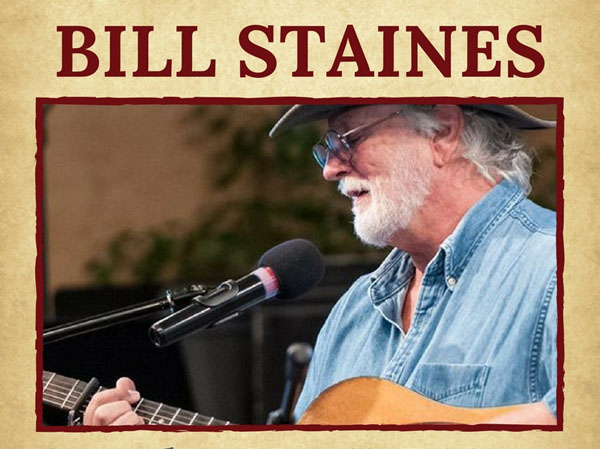 After touring and playing concerts for over 41 years, you would think that musician and songwriter Bill Staines might think about slowing down, but that’s just not the case. Bill continues to perform more than 175 shows a year and drives close to 70,000 miles getting to them. He is one of the most durable and beloved singers on the folk music scene today.

Staines has twenty-six recordings to his credit and has written over three hundred songs, many of which have been recorded by the likes of Peter, Paul, and Mary, Makem and Clancy, Nanci Griffith, Glen Yarborough, and Jerry Jeff Walker. His music is sung at campfires and folk music gatherings, in homes and churches, all around the country. Songs like “All God’s Critters,” “The Roseville Fair,” “Child of Mine,” and “River,” have become folk music classics. Composer David Amram once described Bill as “a modern day Stephen Foster. His music will be around a hundred years from now.”